Homeowners and commercial docks have been using lights to attract fish for decades.  Traditionally, these were installed just above the water and pointed down to get as much penetration below the surface as possible.  These legacy systems work much in the same way as our underwater dock and fish lights do, only much less effectively.

As the light penetrates the water, microscopic creatures are attracted, much the same way moths are drawn to outdoor lights.  As the concentration of the microscopic creatures begins to increase, the water can begin to look almost cloudy.  Soon thereafter, bait fish are attracted to the light to feed on these swirling masses of food.  As the cycle repeats night after night, the bait fish begin to “remember” the location of the night and return to feed.

As the bait fish concentration increases, larger predator fish such as snook and red fish in salt water or bass and gar in freshwater learn that there’s an easy meal near the light.  Within just a few weeks your dock becomes a sort of buffet for nearby fish and they put on quite a nightly show.  As all of this develops in your backyard you get to watch fish slam bait at the surface, and maybe even fish a little without ever putting your boat in the water. 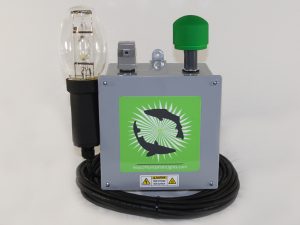 Our 250 Watt HID Underwater Light Systems are almost 3X the brightness of other entry level dock and fish light kits and are a brilliant green color.  These lights perform best when submerged approximately 4-7 feet below the surface and cast a beautiful color that really attracts fish! 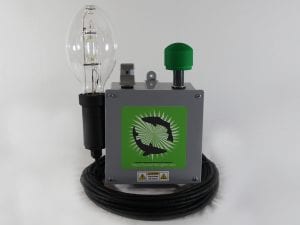 Our 400 Watt HID Underwater Light Systems are over 4X the brightness of our entry level light and are INCREDIBLY BRIGHT!  These lights cast a brilliant green color over a large area and we’ve seen the best results when submerged 5-9 feet below the surface.